The Historic City of Dublin, Royal Tara, Georgian Dublin, the Céide Fields in northwest Mayo, Dún Aonghusa in Aran, the monastic site of Clonmacnoise and the Burren in Co. Clare are included on a “tentative list” of nominees to UNESCO for designation as world heritage sites.

Although Cashel, Killarney National Park and Clara Bog in Co. Offaly were submitted in 1992, none have yet been designated. Ireland still has only three world heritage sites: Skellig Michael, off the Kerry coast; Brú na Bóinne (Newgrange, Knowth and Dowth) in Co. Meath, and the Giant's Causeway in Co. Antrim.

The latest list of nominees again includes Cashel, but this time as one of “the royal sites of Ireland” along with Dún Ailinne, Co. Kildare; the Hill of Uisneach, Co. Westmeath; the Rathcroghan complex in Co. Roscommon and the Tara complex in Co. Meath, which the M3 will pass by.

Though some had been affected by “erosion, agricultural and quarrying activity”, they still had “all the elements necessary to express the outstanding universal value of the royal sites” to give a “complete representation of the features and processes conveying their significance”.

Georgian Dublin has been rebranded as “the historic city of Dublin” in the submission to Unesco, made on behalf of Minister for the Environment John Gormley. It is in not only because of its architecture, but also for the city's “extraordinary contribution to world literature”.

The submission also notes that Dublin's Wide Streets Commissioners became “Europe's first official town planning authority” in 1757, with a remit to make wide and convenient streets through congested parts of the city “by the rational application of scientific and aesthetic principles”.

The Burren is described as “an excellent example of a landscape which represents major stages of Earth's history”, with fossil-rich karst limestone beds still “actively evolving”, 6,000 years of human settlement and a geological record that remains “highly visible and accessible”.

The Céide Fields are included as “the outstanding example of human settlement, land-use and interaction with environment in Neolithic times. Nowhere else is there such extensive physical remains of a Neolithic farmed landscape surviving from this significant period in prehistory”.

Dún Aonghusa is included among five western Stone Forts, the others being Cahercommaun, Caherconree, Benagh and Staigue. These represent “the apogee of the ring fort class of monument” that “provides a mirror of the organisation, economy and polity of Irish society” from AD 700 to AD 1000.

Much is also made of “the monastic city of Clonmacnoise and its cultural landscape” by the Shannon. It is described in the submission as “an unparalleled and outstanding example of a relict early medieval insular monastic city unobscured by modern building development”. Clonmacnoise is also included in a submission on early monastic sites along with Durrow, Glendalough, Inis Cealtra, Kells and Monasterboice.

However, this is only the start of a process of getting them designated, with the likely tourism opportunities such status would bring, as Mr Gormley said. The full list is to be presented to Unesco's World Heritage Committee meeting in Brasilia at the end of July.

Campaigners from Save Newgrange and TaraWatch today accused the Government of failing to protect Newgrange and Tara. The controversial M3 is passing close to Tara, while other contentious plans have been drawn up for the N2 Slane bypass less than a kilometre from the Newgrange Brú na Boinne complex. Vincent Salafia said the groups would protest at the UNESCO meeting in Brazil this summer over Ireland's treatment of heritage sites.

“We support the nomination of the Hill of Tara as a world heritage site, but only on condition that measures are taken to mitigate the damage caused by the M3,” he said. “We are also going to demand that Ireland is forced to amend the National Monuments Act, since the current act does not give adequate protection for any world heritage site in Ireland.” 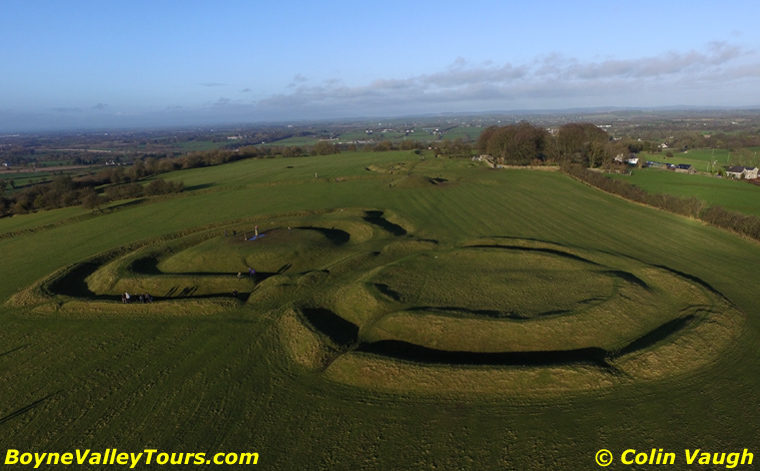