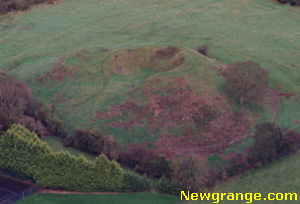 Dowth together with Newgrange and Knowth are the three principal megalithic passage tombs of the Brú na Bóinne World Heritage Site. The mound is 90 metres in diameter and 15 metres high and surrounded by kerbstones, some of which are decorated.

Dowth was unprofessional excavated in 1847, which accounts for the crater in the centre of the mound. Two passage tombs were discovered on the western side. Dowth North has a  14 meter passage is crossed by three sill-stones and ends in a cruciform chamber.

Several of the orthostats of the passage and chamber are decorated with spirals, chevrons, lozenges and circles. The right-hand arm of the cross leads into another long rectangular chamber with an L-shaped extension entered over a low sill.

There is no public access to the passage and chamber, in times past access was by a ladder down into an iron cage which is still there today, but securely locked. A kerbstone with cup-marks, a spiral and a flower-like design marks the entrance to the Dowth South, a smaller tomb where the roof had fallen in and was replaced with concrete roof. This tomb has a few decorated stones, and a single right-hand recess.

Dowth shares a solar alignment with neighbouring Newgrange during the winter solstice. Martin Brennan author of The Stones of Time discovered that from November to February the rays of the setting sun reach into the passage and then the chamber of Dowth South. During the winter solstice the light of the low sun moves along the left side of the passage, then into the circular chamber, where three stones are lit up by the sun.  The convex central stone reflects the sunlight in to a dark recess, lighting up the decorated stones there. The rays then recede slowly along the right side of the passage and after about two hours the sun withdraws from Dowth South.  More ...

Dowth is not on the official tour from the Brú na Bóinne Visitor Centre. Newgrange, Knowth and Dowth are all located on the northern bank of the River Boyne however Newgrange and Knowth are accessed through the Brú na Bóinne Visitor Centre located on the south bank of the river. Visitors to Dowth can drive directly to the site on the north bank of the river. There is no public access to the two passage chambers at Dowth; however visitors will be rewarded with a real sense of a spiritual connection to this ancient site as they ramble around the usually peaceful mound. GPS - N 53°42.219 W 6°27.016 (N 53.703644 W 6.450270) 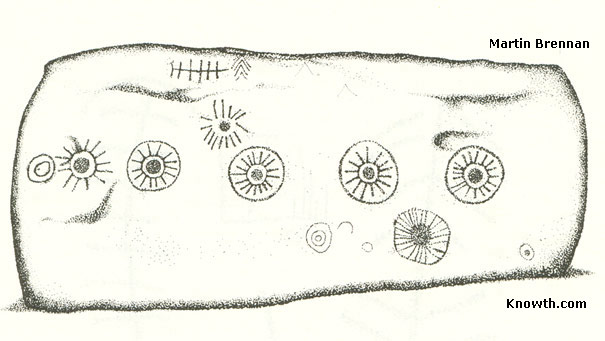 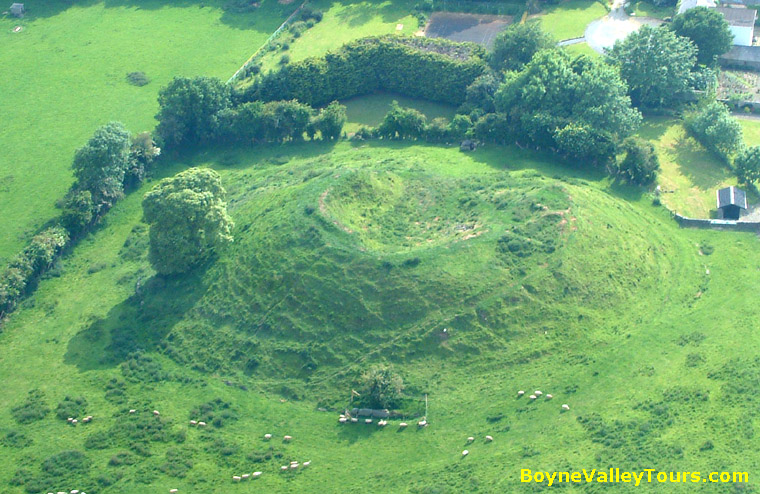