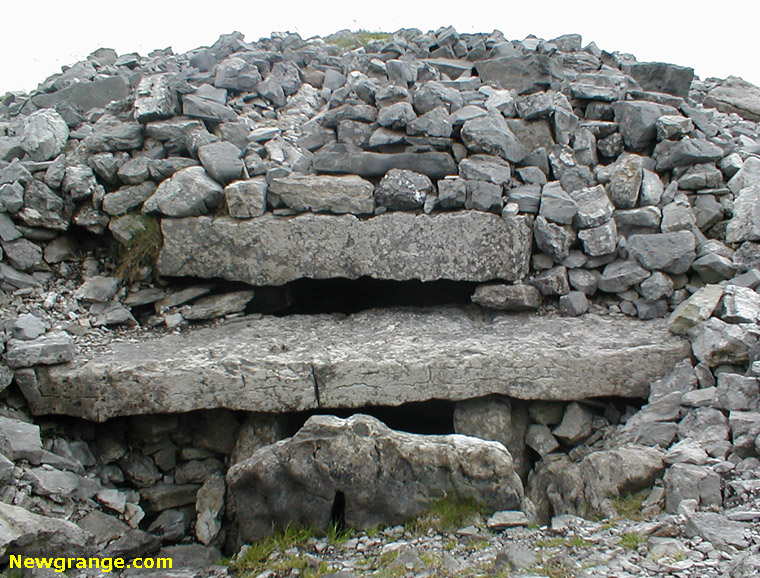 The Carrowkeel cairns are in the Bricklieve Mountains in County Sligo. Cairn G has a roofbox above the entrance, similar to Newgrange. The sun enters the chamber through the roofbox at sunset on the days around the summer solstice, illuminating the back of the chamber.

Carrowkeel Cairn G is estimated to be 700 years older than Newgrange, it is smaller and less sophisticated, the passage is two meters long compared with nineteen meters at Newgrange.

Carrowkeel Cairn G at sunset on the 20th June 2008 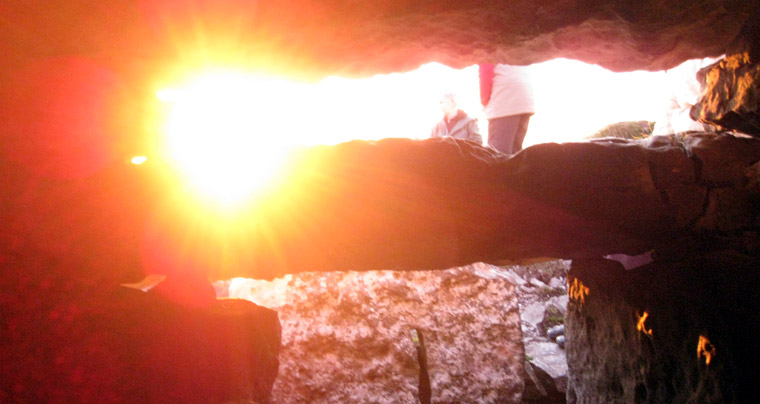 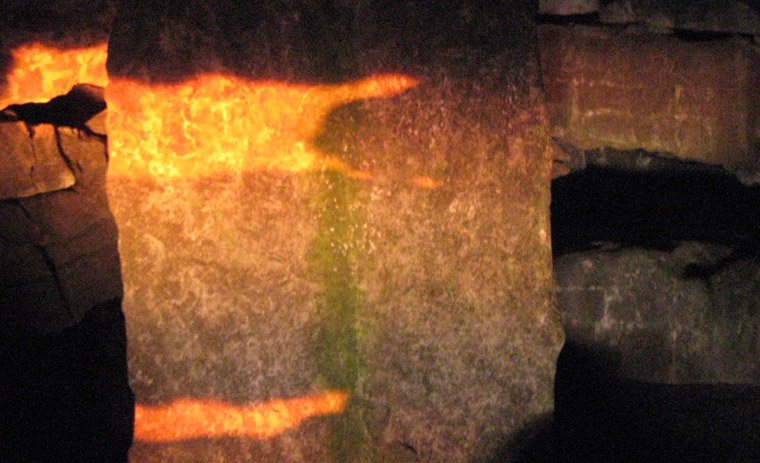 Sunbeam moving across the back of the chamber in Cairn G at Carrowkeel. 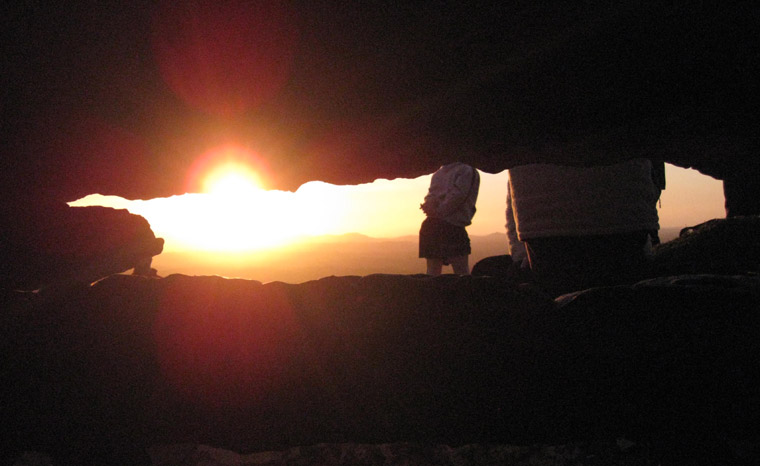 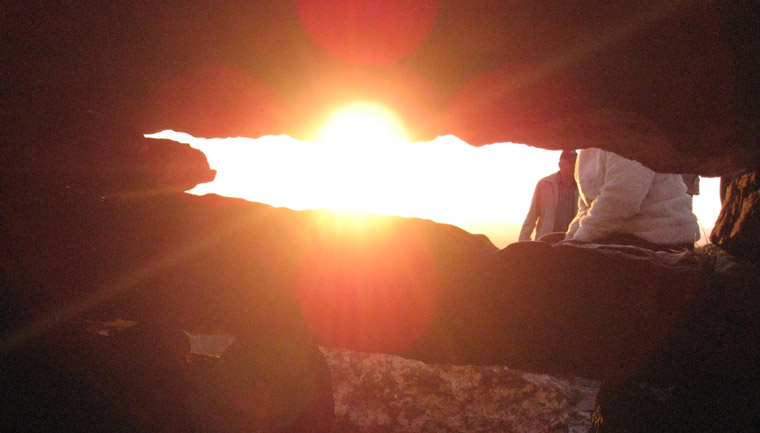 Sunset viewed through the roofbox from inside Cairn G in Carrowkeel. 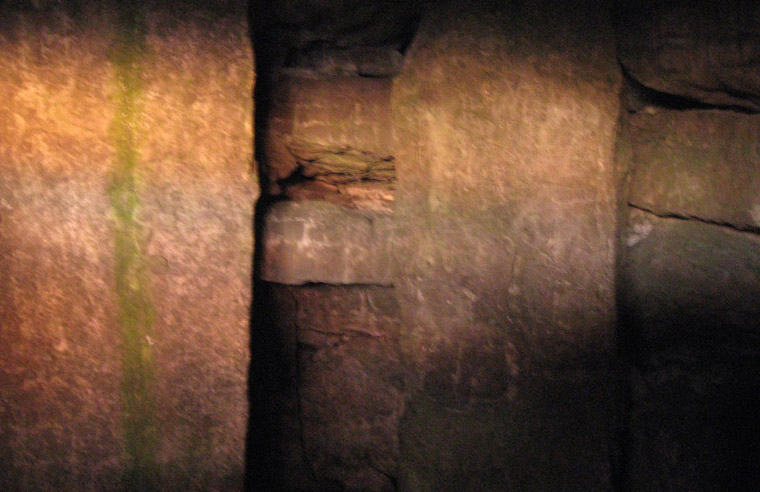 Sun moving across the back of the orthostats in the chamber of Cairn G at Carrowkeel.

Carrowkeel Cairn G - A beam of light from the summer solstice sunset enters the chamber through the roofbox over the entrance.