Arriving at a snowy Newgrange for the Winter Solstice sunrise on December 22nd 2010. 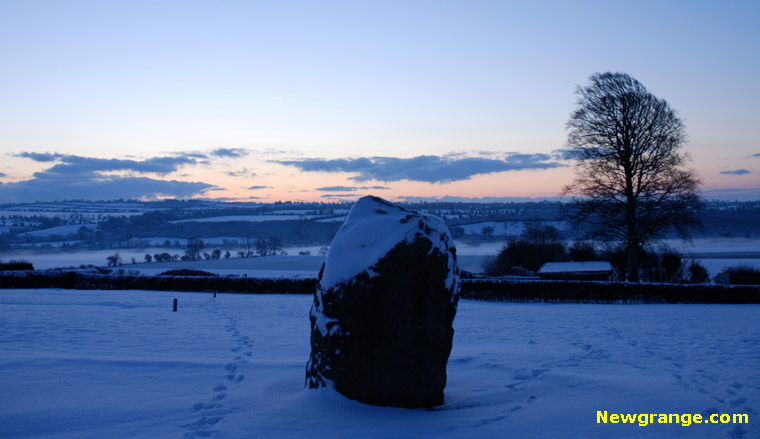 A promising sky on the closest morning to the actual Winter Solstice. 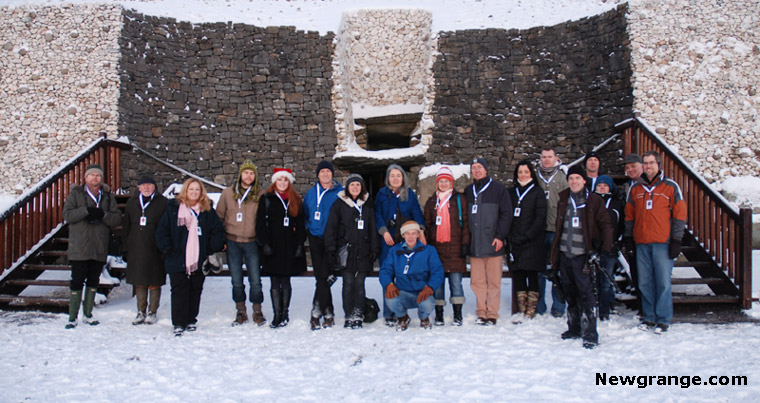 The Newgrange Solstice group before entering the chamber. 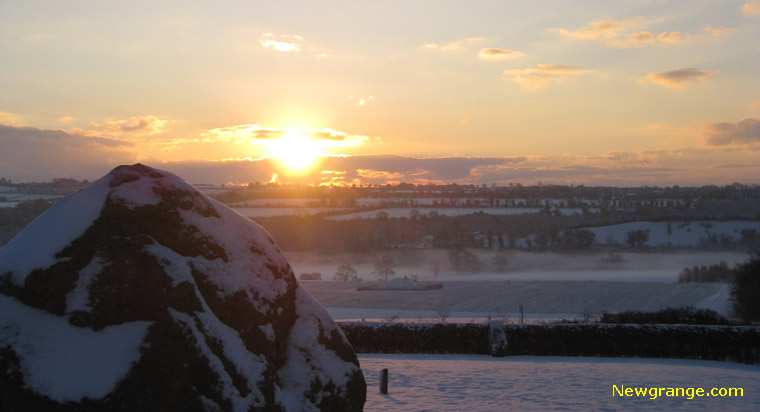 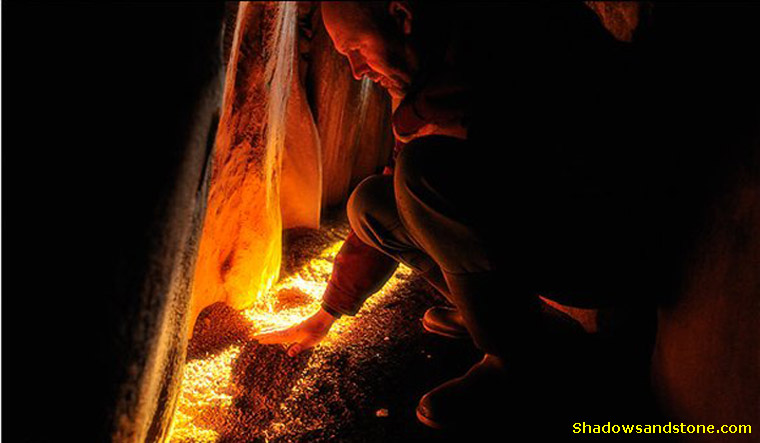 Touching the light in the passage at the mouth of the chamber. 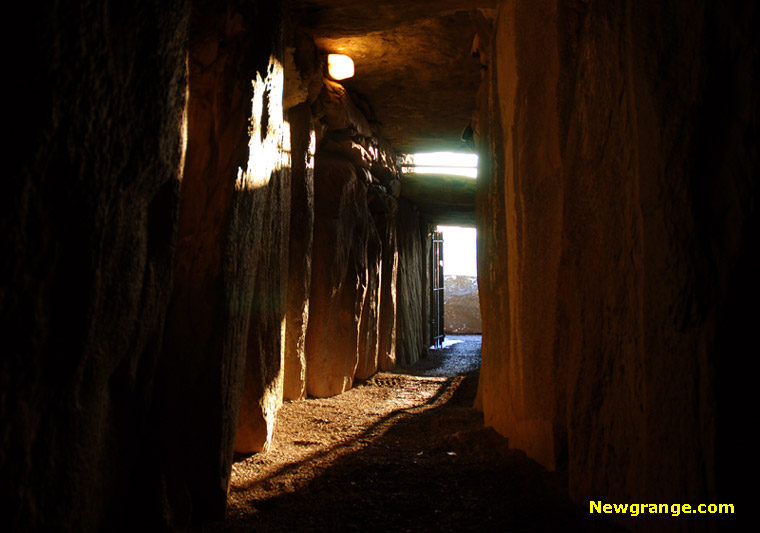 Sun rays in the passage at the end of a spectacular solstice illumination. 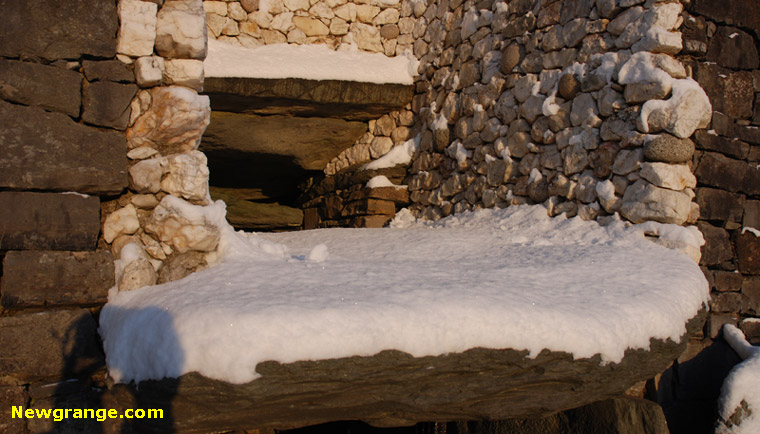 Snow at the Roofbox, thankfully it didn't block the sunbeam entering the passage. 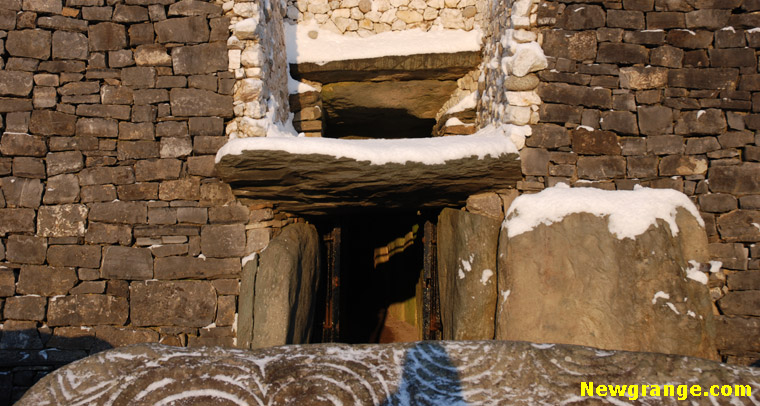 It's the sunbeam from the Roofbox above the entrance that reaches the chamber.