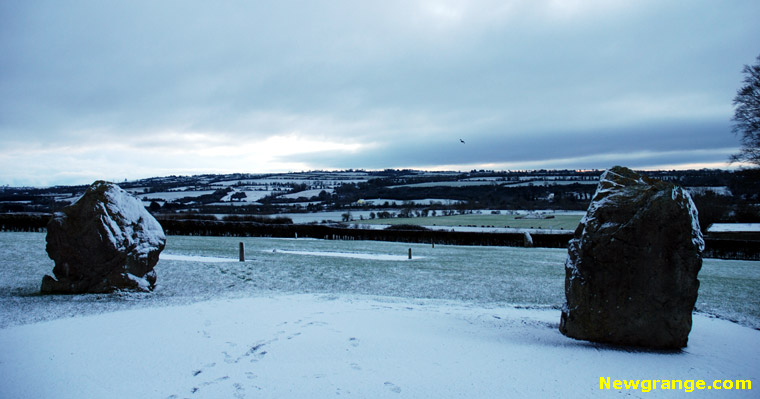 A cold snowy morning at Newgrange with a bank of cloud on the eastern horizon.

The Solstice Lottery winners are inside waiting and hoping for the sun to break through the cloud. 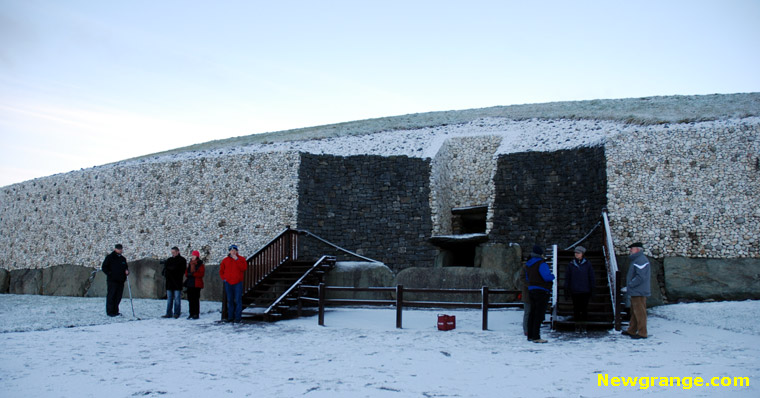 OPW Staff and a few Solstice Watches outside the passage entrance. 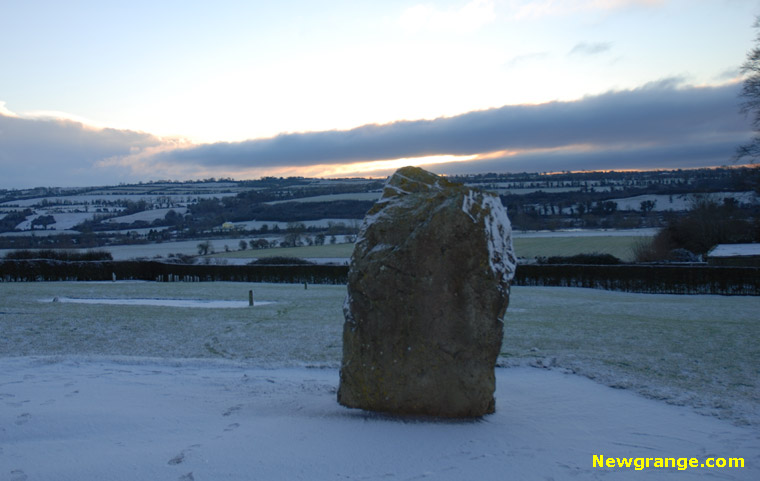 The rising sun starting to break through the clouds. It looks like the standing stone is floating a few inches above the ground, of course it's just a visual illusion caused by the shadow and the snow around the base of the stone. 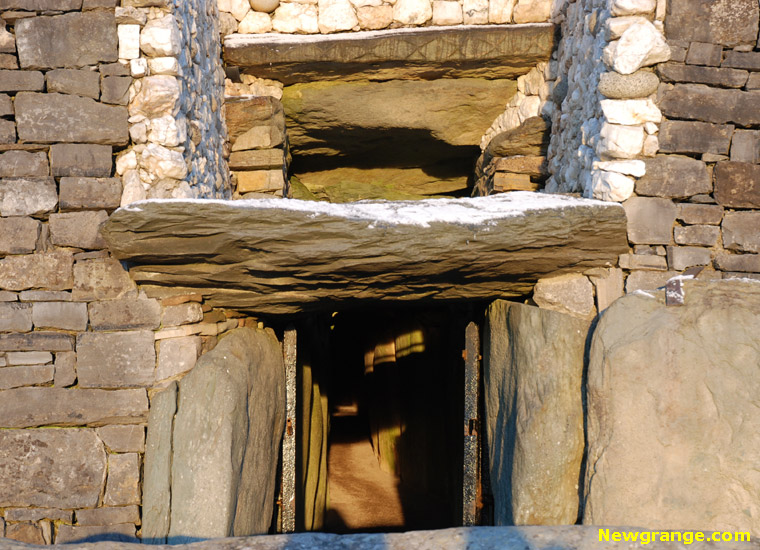 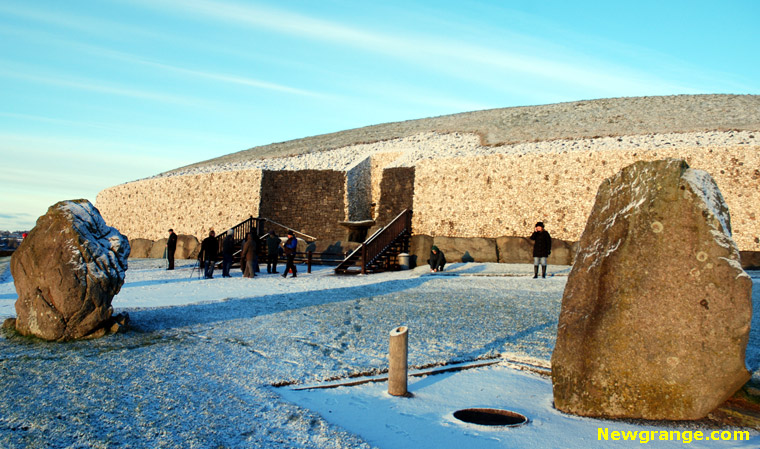 The White Quartz front wall of Newgrange illuminated by the morning sun. 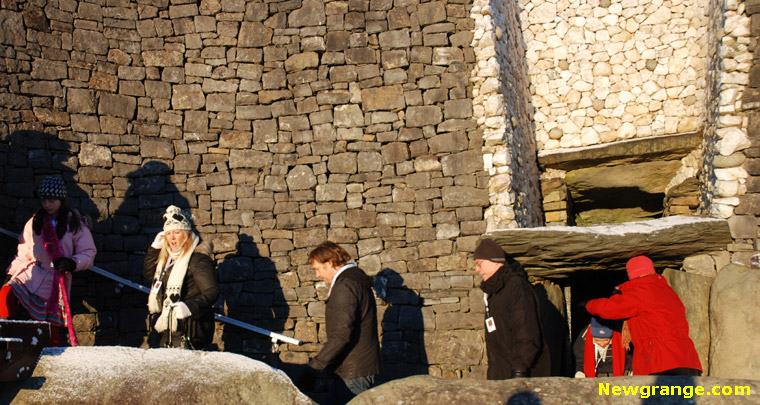 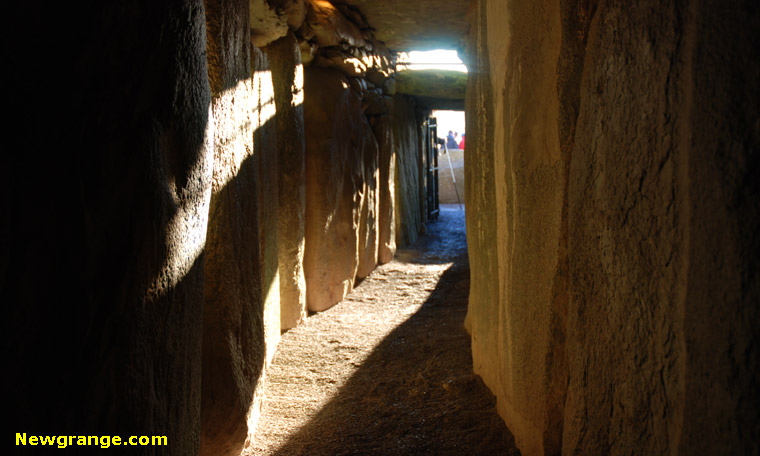 The sun retreats from the passage, it's the higher beam from the opening over the door
called a roofbox that makes it's way up the 19 metre passage and into the chamber.